There’s a school tradition that when it’s your child’s birthday, you send something in for your child to share with their class to help celebrate their birthday. Now if I’m perfectly honest, contemplating and preparing these gifts send shivers of fear down my spine! Last year I made and iced thirty cupcakes for my daughter and I was so stressed that I needed a stiff drink or two and a lie down afterwards!! This year I’ve decided that my daughter is going to hand out lollipops instead…easy peasy! But of course, I had to craft them up to make them a bit special.

These lollipop flowers are a really fun craft project to do with kids. It was also cheap and took hardly any time to do either…I’m going to do this every year 😉 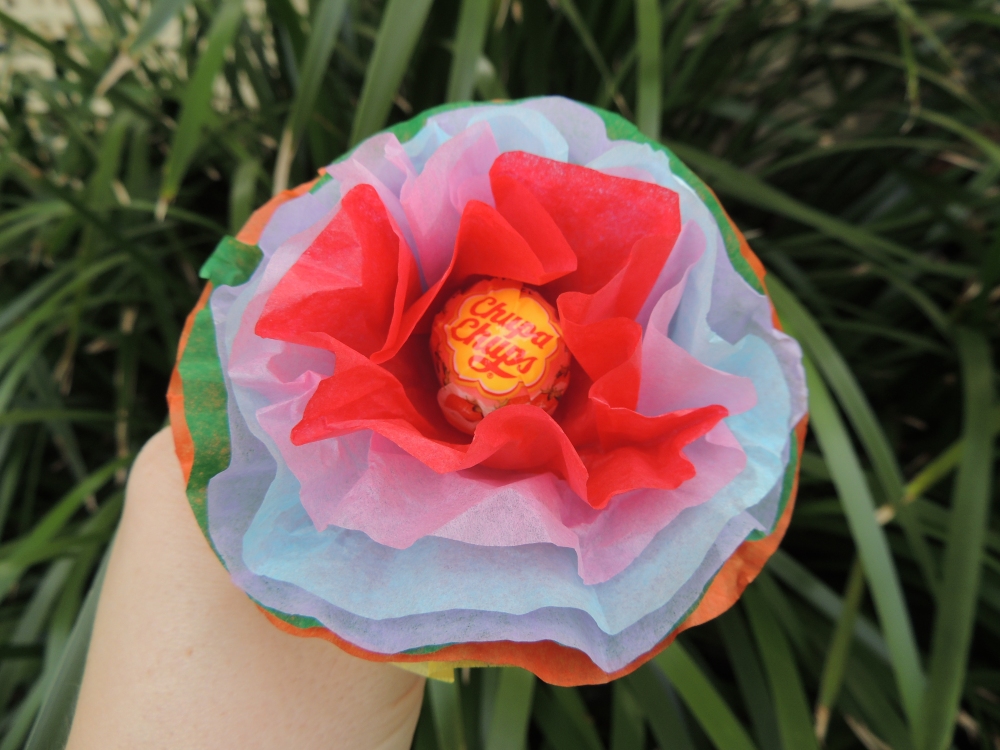 My daughter chose seven different tissue paper colours as she wanted to make rainbow flowers, but you can make them using only one colour, or any other combination. You could also use only five layers of tissue paper instead of seven.

I could of spent a lot of time cutting out petal shapes instead of circles, but the reality was  that they were going to be ripped apart by 5 and 6 year old kids, so there was no point in spending a lot of time in making them look too pretty!

The packets of tissue paper I bought were nicely folded to make ten layers, so that I didn’t have to cut out too many circles. I used a bowl to draw 10 cm circles and cut them out. After cutting out all seven coloured tissue paper circles, my daughter selected the colour combinations. 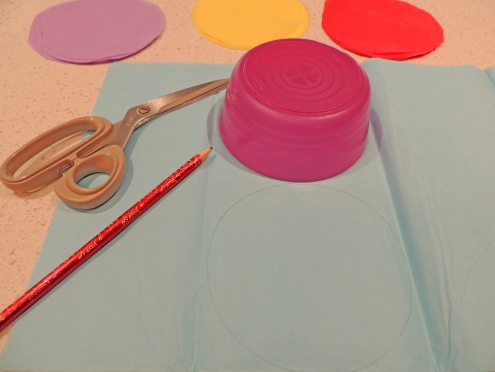 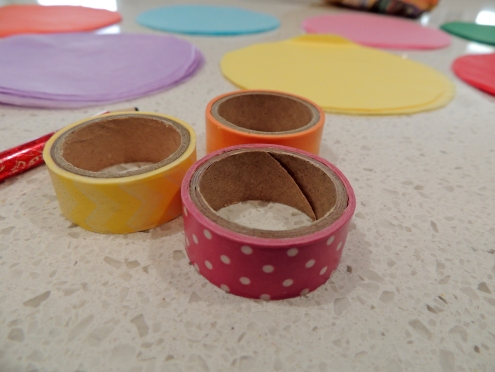 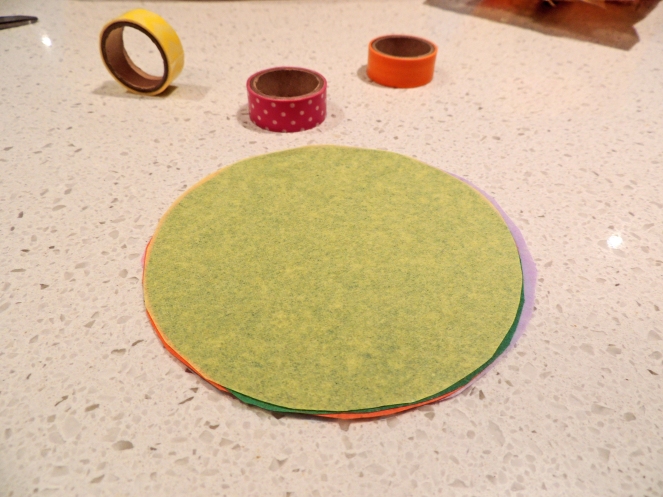 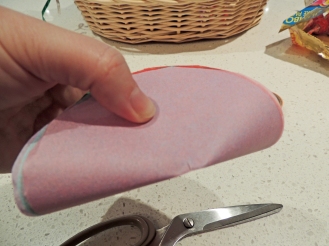 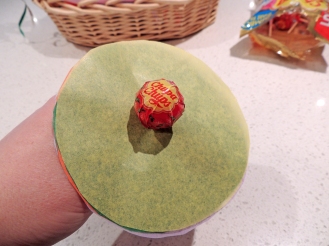 Place a lollipop through the cross cut in the middle. Flip it over and use washi tape or sticky tape (around 3 cm or just over an inch long) to tape the lollipop stick to the bottom of the tissue paper. 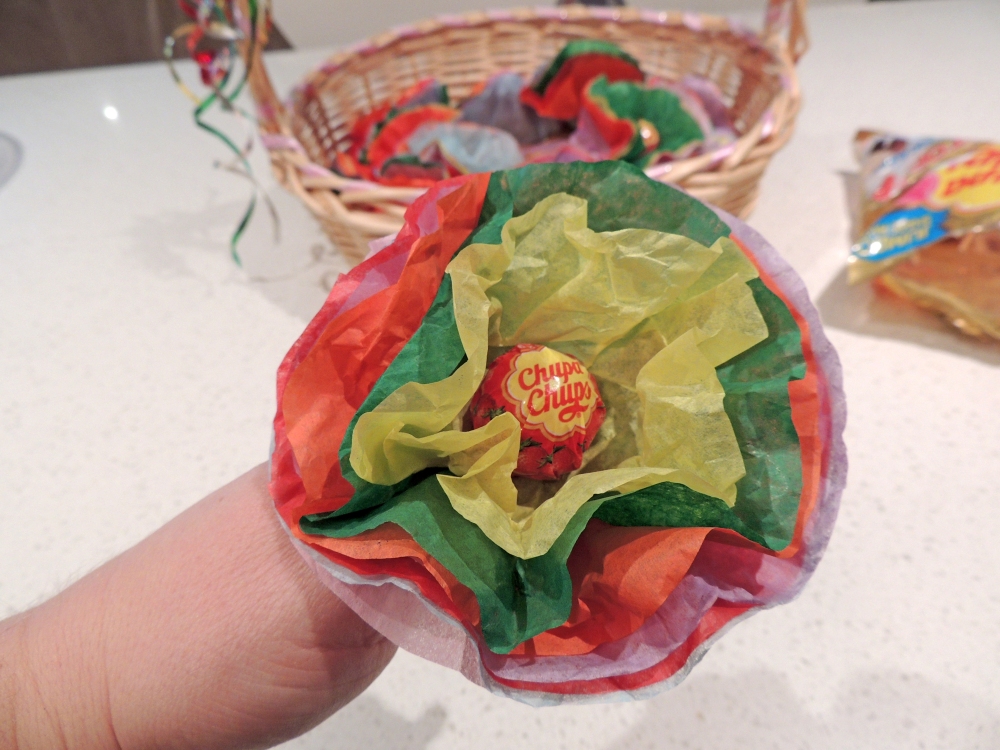 Turn it back over and gently separate and ruffle each tissue paper layer to resemble a flower. Simple 😉 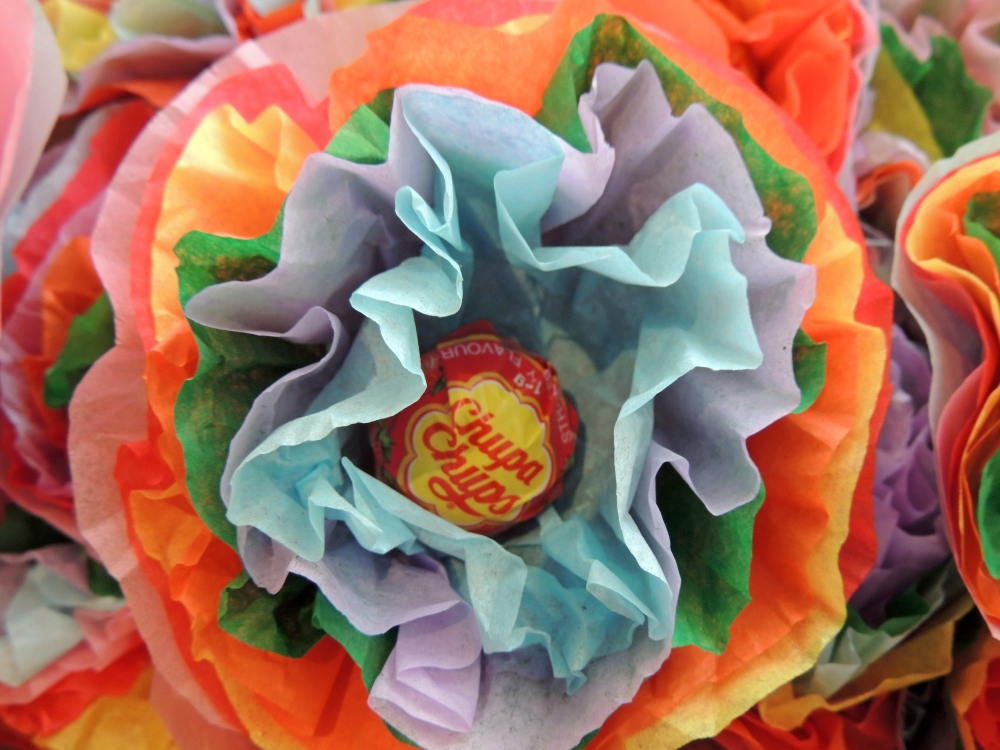 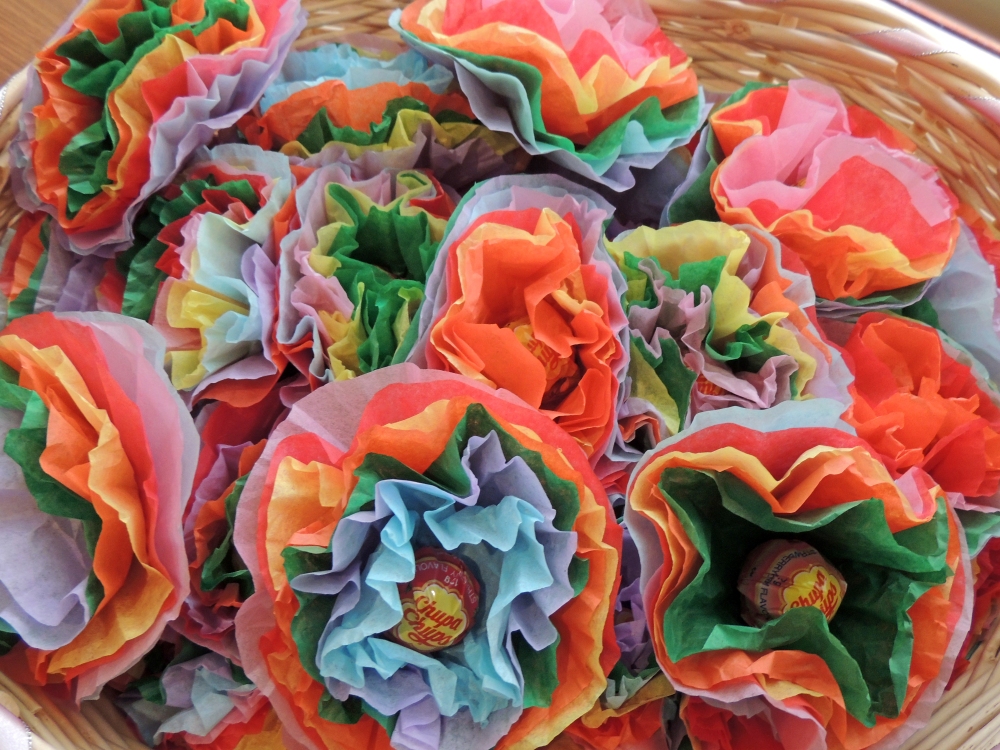