These Easter cupcakes look so cute and adorable and really are so easy to make. I made these for an Easter family gathering and as the kids in my family are not really cake connoisseurs, I cheated and used a packet cupcake mix instead of making my own (shh don’t tell anyone). In my experience, making cupcakes is all about how good they look, not how they taste…especially if you’re under the age of ten years!

I recently purchased a new piping tip, a Wilton no. 233, that can replicate grass, animal fur and bird nests. As someone who dislikes piping, I was assured that this piping tip was super easy to use and the effect was impressive. I’ve already used it to make green grass for soccer inspired cupcakes and it certainly was easy to use.

Make your cupcake mix as per instructions. Fill your cupcake cups/wrappers until they are half full, then add a mini Creme egg in the middle. This will make a lovely chocolatey surprise inside each cupcake. When the cupcakes were in the oven, the cake mix almost covered the eggs completely. 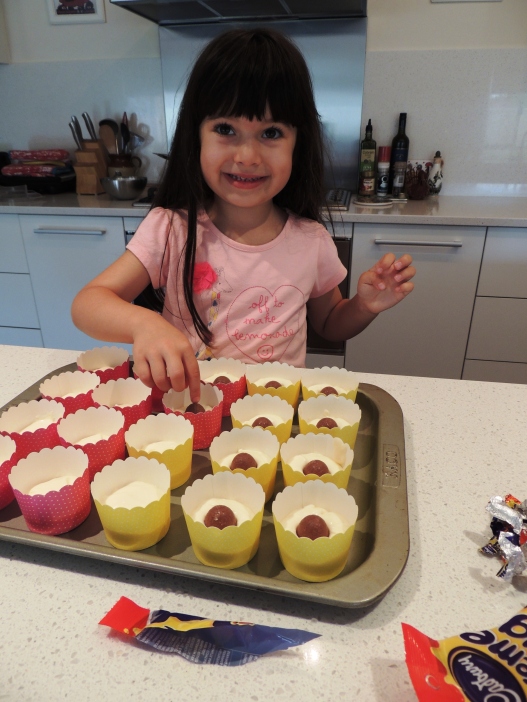 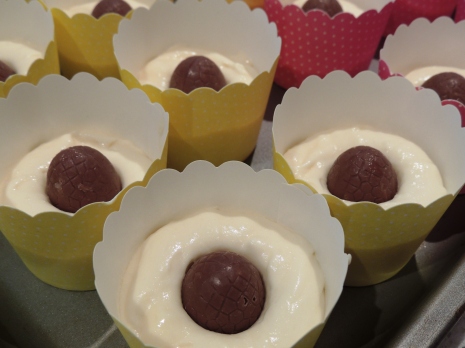 I only fill my cupcake wrappers half full so that the cake does not rise above the wrapper or forms a high dome during baking. Bake as per instructions on the box. My cupcake box said that it makes 12 cupcakes, but my mix managed to make 20 cupcakes. Let the cupcakes completely cool before adding the buttercream icing.

Make the buttercream by beating the softened unsalted butter until pale and fluffy, then gradually add the icing sugar a bit at a time. Add the colour gel and mix well until blended. I was unfortunately a bit heavy handed with my gel colour and ended up with bright green icing. Flouro grass was not what I wanted! A little bit of colouring gel sure goes a long way. 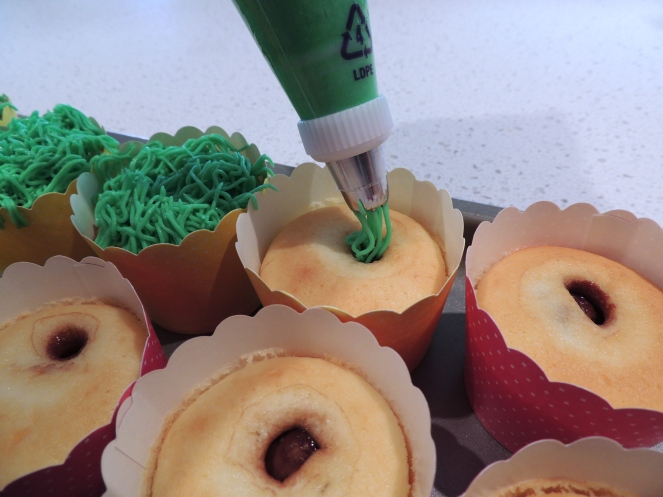 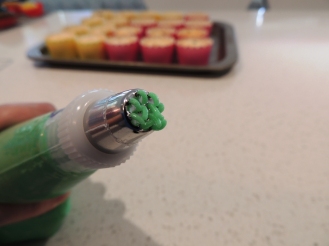 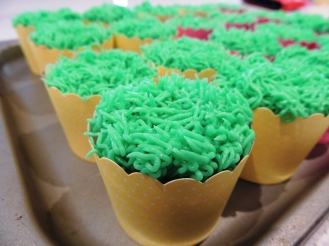 I added a chenille baby chick and three specked eggs on top and put them in the fridge for the icing to firm up. Too cute! And yes, they are sickly sweet, full of sugar and food colouring, but hey…it is Easter. Perfect to get the kids buzzing. 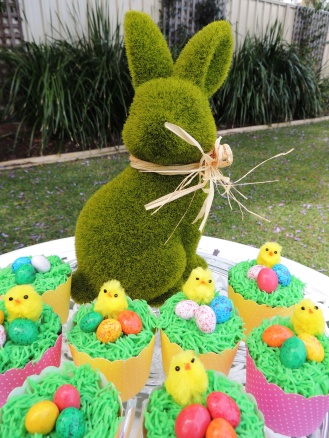 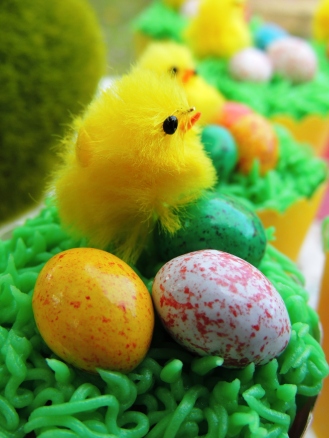 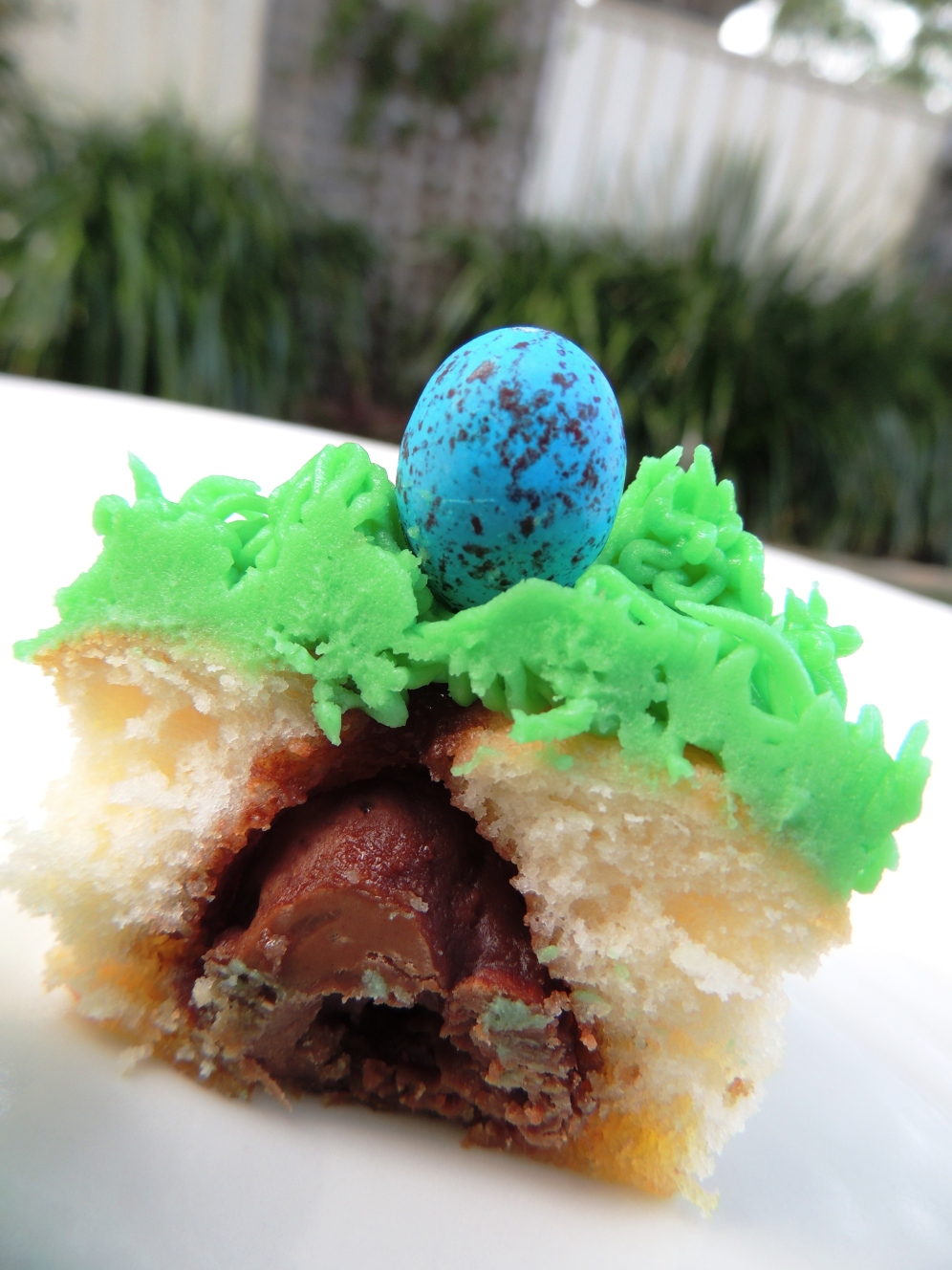 Happy Easter – try to spread some joy, kindness and goodwill this year!